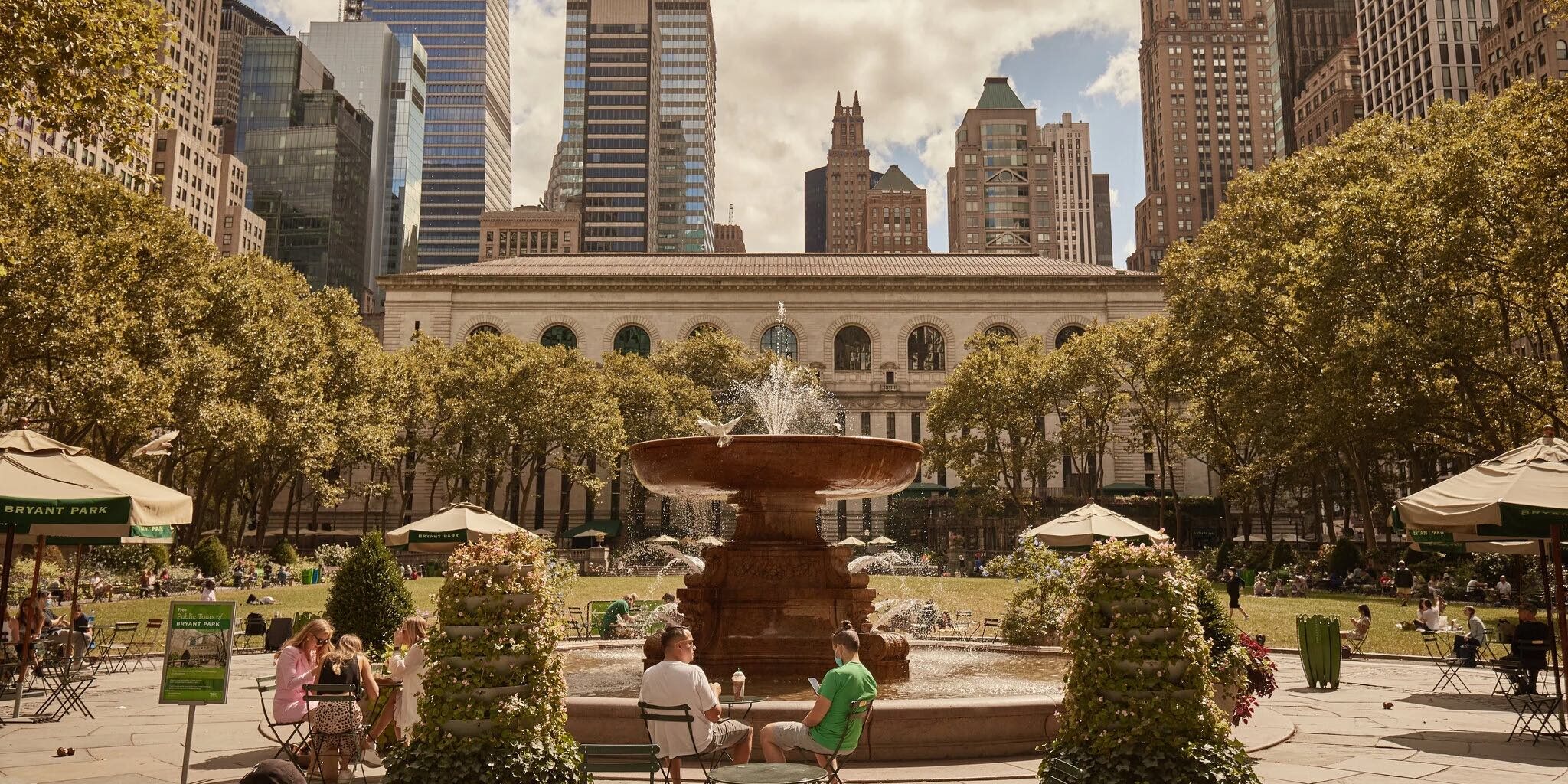 Originally published in The New York Times. By Ben Sisaro.

From June to September, Bryant Park will present a series of 25 programs from some of the city’s most prominent institutions and performance groups, including the New York Philharmonic, Carnegie Hall, Jazz at Lincoln Center, Joe’s Pub, the Classical Theater of Harlem, Paul Taylor Dance Company and the Town Hall.

Dan Biederman, the president of the Bryant Park Corporation and the park’s longtime guardian, said the plan for the series began to take shape during the winter, when the park installed its annual ice rink and holiday market.

“Thinking ahead to the summer, we thought, the concert halls are probably still going to be closed,” Biederman said in an interview. “Let’s play the same role, making Midtown more cheerful and drawing people to whatever extent we can.”

City Parks Foundation’s SummerStage also announced this week that it would be returning to Central Park and other locations with in-person concerts, including a benefit show on Sept. 17 by the band Dawes.

Bryant Park’s season functions as a coming-together of New York arts groups, many of which have had few opportunities for live events since the pandemic arrived.

“One of the good things that has come out of the pandemic is that there has been a level of cooperation between the different arts organizations,” said Deborah Borda, the chief executive of the New York Philharmonic, which opens the season with four nights of concerts, starting June 9.

The Philharmonic began putting on small-scale events throughout city last summer through its NY Phil Bandwagon program, and it is set to perform with a scaled-down ensemble this week at The Shed. Even by June, Borda said, the orchestra does not expect to be back to performing at full size. “We’re not doing Mahler symphonies,” she said.

Bryant Park will limit attendance to 200 people for each performance, although producers say it is possible that state regulations could allow bigger crowds as the season progresses. The events are free, but tickets must be reserved in advance. Most events will also be livestreamed.

Once arriving at the park, patrons will have their temperatures checked and be shown to their seats, which will be arranged with room for social distancing. The park does not plan to require vaccinations or proof of negative virus tests, but it is considering those as options, according to Dan Fishman, the park’s director of public events.

Many groups and institutions have been scaled down or cocooned altogether since last year.

“We’ve been in hibernation,” said Tom Wirtshafter, the president of the Town Hall, which has put on more than 60 virtual programs during the pandemic but, as with most venues, had to furlough most of its staff.

Town Hall, which opened its doors in 1921, will close Bryant Park’s season on Sept. 20 with a 100th-anniversary event featuring Chris Thile, the mandolin player whose eclectic tastes range from bluegrass to Bach.

Tiffany Rea-Fisher, the artistic director of Elisa Monte Dance, who also curates dance performances at the park, said her company has performed only twice in the last year. It will perform on Aug. 20 with the Paul Taylor Dance Company, and Rea-Fisher said it was not easy to find other dance groups that would be prepared.

“It was challenging, finding companies that were ready, stamina-wise,” she said. “You don’t want to bring dancers back after a year and have them hit a performance — it’s just asking for injury.”

But like others, she said was thrilled, “smiling ear to ear,” at the prospect of performing once again, and doing so in a prominent spot for New Yorkers.

“To be able to do what you trained for,” Rea-Fisher, said, “it’s so joyful, it’s so fulfilling; it feels sublime.”

Ben Sisario covers the music industry. He has been writing for The Times since 1998. @sisario